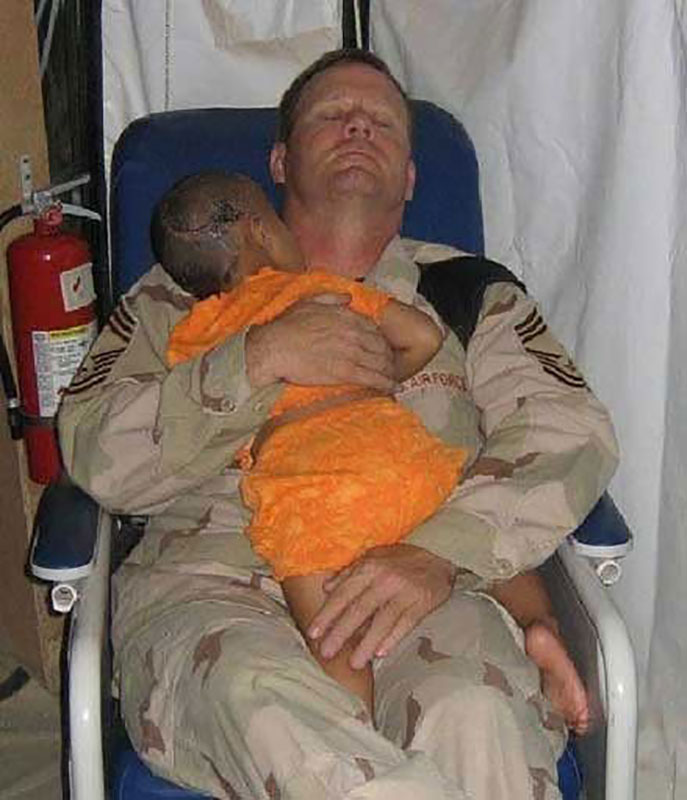 Air Force Chief Master Sgt. John Gebhardt, of the 332md Expeditionary Medical Group at Balad, Iraq, cradles a young girl as they both sleep in the hospital. The girl’s entire family was executed by insurgents: the killers shot her in the head as well. The girl received treatment at the U.S. military hospital in Balad, but cried and moans often. According to nurses at the facility, Gebhardt is the only one who can calm down the girl, so he has spent the last several nights holding her while they both sleep in a chair.

Lord, Keep our Troops forever in your care. Give them victory over the enemy…Grant them a safe and swift return…Bless those who mourn the lost. – Anonymous